Financial Rhythm is a site for business owners who are unhappy or uncomfortable with the financial health of their business. I will help you turn that financial discomfort and dissatisfaction with your business into financial happiness and peace of mind.

Discover a simple 3-Part Plan you can implement today. Register at No Cost to grab it now.

It is a myth to think that cash flow problems “just happen.”

Rarely is a cash flow problem a sudden event. It is almost always something that accumulates over time, and it is not difficult to see it coming.

Here is a real-life example I experienced while working with a small business.

The first thing I did was to ask the two critical questions from my book Never Run Out of Cash:

He didn’t know the answers. His response was that cash was “a little tight right now.” This turned out to be a dramatic understatement.

Here is what I found:

The reports that had been printed to show the cash balance and the accounts payable balance (bills to be paid from the cash balance) did not even show these bills. These invoices went into a stack I call the “these will be entered closer to when they can actually be paid” stack. I have seen this happen in many companies that have cash flow problems. Accounting is forced to delay payment on some invoices and not pay others at all. Vendors then start calling to demand their money.

The vendor’s favorite question is, “When will I get paid?” After several calls, they start to sense that the company is in trouble. Then they get upset and rude with the person on the phone. That’s when it gets ugly—and a bit personal. It’s hard for the clerk in accounting to take the heat from a vendor who feels like he is being cheated by the company. The vendor provided a product or service to the company and he wants his money when it was promised. The vicious cycle continues.

Accounting is now spending much more of its time fending off vendor calls. Another chunk of time is spent fending off people inside the company who are also irritated because vendors are starting to call them and threatening to cut off products or services.

The Decisions Came Easy Once the Facts Were Clear

I reported back to the president what I had found. My approach when I do this for a business is to bring them the answers to the two key cash flow questions. My job is to make sure they can answer the two questions instantly from the information I provide.

In this case, I sat down with the president and gave him the facts and a list of what needed to be done. We reviewed the findings and precisely what was going on with his cash balance.

Here is a summary of the realizations he came to after seeing the cash flow information in a new way:

The president was genuinely surprised at the size of his cash flow problem. He knew the cash balance was uncomfortably low, and he knew “some bills” were not being paid on time. What he didn’t know was that the past due bills dwarfed his cash balance. He also did not realize there was a stack of invoices that had not even been entered in the accounting system yet. The reports he was being provided from time to time about the cash and unpaid bill problems were not accurate. They were incomplete.

As a result, if he had continued along the path he was on, he would have written the check to make the investment that had previously been planned. He would have done it on the assumption that the company could continue managing with cash being “a little tight right now.”

Once the president knew the answers to the two critical cash flow questions, he knew he had to change course—and do it fast.

Presented with the answer to what he expected the cash balance to be six months from now, he knew exactly what he had to do. The president knew that the investment could not be made.

It became perfectly clear that making the investment would bankrupt the company within just a few months of making it, all because he did not have an accurate view of what the company’s cash balance was expected to be in six months.

The exact opposite decision was made once he had an accurate view of his cash balance and where it was expected to be over the next six months. This made all the difference for his company.

Have you ever tried to make an important decision like this without knowing the facts?

Don’t make this mistake in your business.

(This blog post is from Chapter 8 of my book Never Run Out of Cash: The 10 Cash Flow Rules You Can’t Afford to Ignore. The book provides an easy-to-understand, here’s exactly how you do it guide to help you better understand and manage the cash flow of your business.)

Philip Campbell is a CPA, financial consultant, and author of the book A Quick Start Guide to Financial Forecasting: Discover the Secret to Driving Growth, Profitability, and Cash Flow and the book Never Run Out of Cash: The 10 Cash Flow Rules You Can’t Afford to Ignore. He is also the author of a number of online courses including Understanding Your Cash Flow – In Less Than 10 Minutes. His books, articles, blog and online courses provide an easy-to-understand, step-by-step guide for entrepreneurs and business owners who want to create financial health, wealth, and freedom in business.

Philip’s 30 year career includes the acquisition or sale of 33 companies (and counting) and an IPO on the New York Stock Exchange. 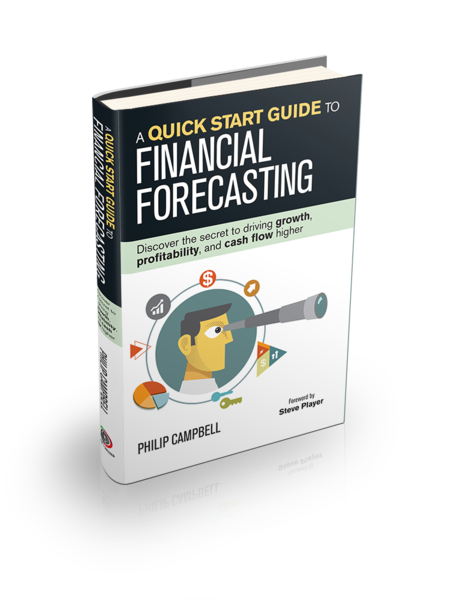 This book provides a straightforward, easy-to-understand guide to one of the most powerful financial tools in business: a reliable financial forecast. It will transform the financial future of your company and help you make better, faster, smarter financial decisions.

Too many entrepreneurs and CEOs today are feeling more like passengers than drivers in their business. They’re staring at their rearview mirror as they bounce along in the passenger seat. Their company is careening along on the highway of business as they wonder and worry about where their business might end up financially.

A reliable financial forecast solves this problem by providing a clear view through the financial windshield of your business. It creates the visibility and clarity you need to drive your company toward a bigger and brighter financial future.

What’s about to happen to my profitability and cash flow?

How much cash can we distribute to the owners of the business?

How long will it take to pay off our debt?

What will our taxable income be this year?

A reliable financial forecast puts the answers to these questions at your fingertips. It helps you take control of your profitability and cash flow because it gives you answers to the most important financial questions you have to deal with every day.

Put yourself in the driver’s seat of your business by tapping into the unique and exciting benefits that financial forecasting can unlock for you.

Buy the hardcover at Amazon.

Buy the Kindle version at Amazon.

Buy the book at Barnes & Noble.

Buy the book at Bookmasters.

Buy the book at Google Play.

If you already own the book, the free tools and downloads are waiting for you. Click here to access the financial spreadsheets, examples, rapid learning guides, and more.

The purpose of this book is to give you a straightforward, easy-to-implement guide to using one of the most powerful financial tools in business: a reliable financial forecast.

Learn More About the Power of Financial Forecasting

Your complimentary Membership gets you instant access to free resources including my Free Report: A 3-Part Plan to Breathe Financial Life Back Into Your Business and lots of additional free resources. 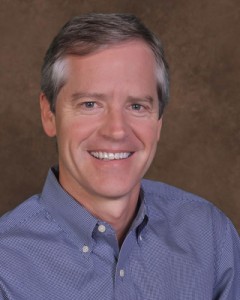 Philip Campbell is a CPA, financial officer, and author. He has been involved in the acquisition or sale of 35 companies (and counting) and an IPO on the New York Stock Exchange. But what really sets Philip apart from others is his passion for helping business owners understand their cash flow and improve the financial health of their business. 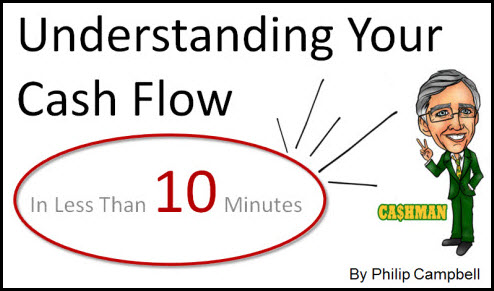 There are two things that are very unique and exciting about this online course.

1. I’ll show you how to understand your cash flow in less than 10 minutes

2. I’ll show you how to explain what happened to your cash last month to your business partner or banker (or maybe even your spouse) in a 2-minute conversation.

I take off my CPA hat and speak in the language every business owner can relate to. No jargon. No stuffy financial rambling. Just a simple, common sense approach that only takes 10 minutes a month.

Learn More About this Simple and Fast Online Course Now

Philip Campbell is the founder of Financial Rhythm and is the author of the book A Quick Start Guide to Financial Forecasting: Discover the Secret to Driving Growth, Profitability, and Cash Flow Higher.

He is also the author of the book Never Run Out of Cash: The 10 Cash Flow Rules You Can't Afford to Ignore.

Philip's 30-year career includes the acquisition or sale of 33 companies and an IPO on the New York Stock Exchange. Early on in his business career Philip focused and “preached” so much about the importance of profitability and cash flow that people now call him CASH.

(Financial Rhythm is not a CPA firm)

Understanding and managing your cash flow used to be a time-consuming, complicated, and frustrating task. Not anymore!

I have created a unique online course that makes understanding your cash flow SIMPLE and FAST!

It's titled Understanding Your Cash Flow - In Less Than 10 Minutes. And it comes with a 100%, no questions asked, money back guarantee.